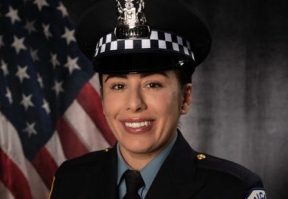 Chicago Police Officer Ella French, 29-years-old, was shot and killed last Saturday in a gunfight that injured two others. The shooting happened after three officers pulled over a car and one of the people inside shot at the police, said David Brown, Chicago Police Superintendent. Since the shooting two Chicago brothers have been charged with the fatal shooting of Officer French that occurred during a traffic stop in the West Englewood neighborhood on 63rd and Bell. Emonte Morgan, 21, is charged with first-degree murder of a peace officer, two counts of attempted first-degree murder of a peace officer, aggravated unlawful use of a weapon and unlawful use of a weapon by a felon, the Chicago Police Department and Cook County State’s Attorney announced Monday afternoon.

His brother, Eric Morgan, 22, was also charged with aggravated unlawful use of a weapon, unlawful use of a weapon by a felon and obstruction of justice.  French joined the department in April 2018, according to police officials. She is the first Chicago police officer to be killed in the line of duty since officers Conrad Gary and Eduardo Marmalejo were struck and killed by a Metra train while responding to a call of shots fired in Dec. 2018. French was a member of the department’s Community Safety Team and had been on the force for nearly four years, officials said. Prior to joining CPD, she served as a corrections officer for the Cook County Sheriff’s office. Throughout the week, vigils have been held to mourn and honor the short life of Officer French with prayers, candles, and the releasing of balloons, which served as an opportunity for colleagues and community members to honor her life and service. 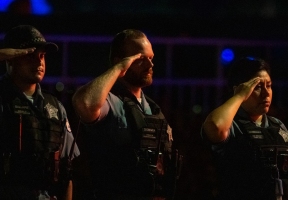 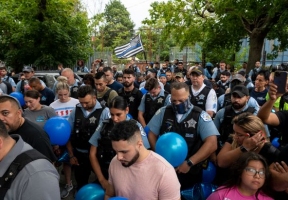