(UNION, NJ) — Premiere Stages at Kean University has announced its return to in-person, indoor performances, with a full production in the Bauer Boucher Theatre Center in September and a staged reading in the Liberty Hall Academic Center in October. The condensed season will kick off with Erik Gernand’s Year One, a finalist of the 2020/2021 Premiere Play Festival, the theatre’s annual competition for unproduced scripts written by playwrights affiliated with the greater metropolitan area.

Following Year One, will be the staged reading of Certain Aspects of Conflict in the Negro Family, a new play about the 1967 Plainfield, New Jersey riots by Tylie Shider, recipient of the 2021/22 Liberty Live Commission. The Liberty Live commission is awarded biennially, in partnership with Kean University’s Liberty Hall, and seeks to develop and produce new plays that celebrate New Jersey’s rich and diverse history.

“We greatly appreciate how supportive our patrons have been of our virtual and outdoor events, but there is nothing like the shared experience of watching a live performance in a theatre.” stated Producing Artistic Director John J. Wooten. “We are so pleased to welcome our audiences and artists back to Premiere!” 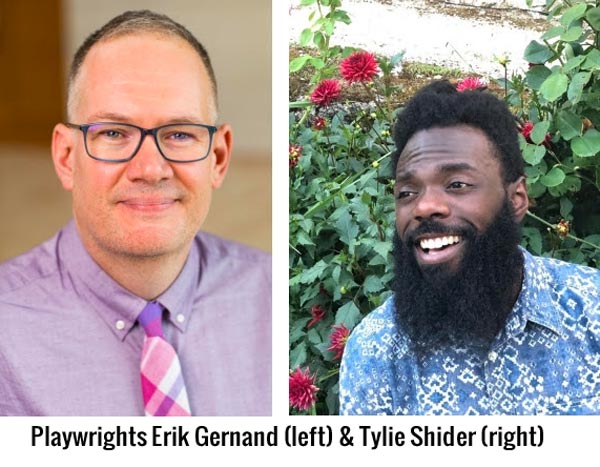 In Mr. Gernand’s Year One (September 9-26, Bauer Boucher Theatre Center), a populist’s rise to power exacerbates mounting political and social divisions. When Anna’s brother Max arrives unexpectedly, harboring a dangerous secret, the family matriarch is forced to choose between embracing a radical new country or saving those she loves. Erik Gernand’s play The Beautiful Dark premiered at Premiere Stages to rave reviews in 2013. The production was nominated for an American Theatre Critics Association New Play Award and the play was subsequently produced in New York by the Barrow Group. Additional plays have been in production and/or development at theaters including Redtwist, American Theater Company, Chicago Dramatists, and Actors Theatre of Louisville. As a filmmaker, Erik’s award-winning short films have screened at more than 100 film festivals around the world including SXSW, Chicago International Film Festival, and Cinequest, as well as been broadcast on IFC, PBS, and the Logo Channel. Erik is an Associate Professor of Instruction in Radio-TV-Film at Northwestern University.

Advertise with New Jersey Stage for $50-$100 per month, click here for info

To ensure the safety of all patrons and staff, Premiere Stages will be implementing specific safety protocols for all indoor performances. All artists and staff will be fully vaccinated. Masks will be required for audiences attending indoor performances, regardless of vaccination status. All seating will be sanitized between performances and hand sanitizing stations will be available throughout the lobby. Touchless ticketing as well as, printed and digital playbills will be available for all patrons. Premiere’s safety protocols can be found here.

Tickets for Year One are now on sale. Prices range from $15-$35, with discounts available for groups, seniors, and students. Admission to Certain Aspects of Conflict in the Negro Family is free, but there is a suggested donation of $10. Premiere Stages also offers a series of free post-show discussions in conjunction with select performances. To purchase tickets, please call the box office at 908-737-7469 or visit www.premierestagesatkean.com.

Premiere Stages offers affordable prices, air-conditioned facilities and free parking close to the theatre. Premiere Stages also provides free or discounted tickets to patrons with disabilities. All Premiere Stages facilities are fully accessible spaces, and companion seating is available for patrons with disabilities. Assistive listening devices and large print programs are available at all times; publications in alternate formats are available with advance notice. Sign-interpreted, audio-described and open-captioned performances are available upon request; please call 908-737-4077 at least two weeks prior to your desired performance.

Founded in 1855, Kean University is one of the largest metropolitan institutions of higher education in the region, with a richly diverse student, faculty and staff population. Kean continues to play a key role in the training of teachers and is a hub of educational, technological and cultural enrichment serving more than 16,000 students. The University’s six undergraduate colleges offer more than 50 undergraduate degrees over a full range of academic subjects. The Nathan Weiss Graduate College offers six doctoral degree programs and more than 80 options for graduate study leading to master’s degrees, professional diplomas or certifications. With campuses in Union, Toms River, Jefferson and Manahawkin, New Jersey, and Wenzhou, China, Kean University furthers its mission by providing an affordable and accessible world-class education.